The Challenge set consists of: the Playing Field(mat) and the Lego building blocks for the Mission Models.  Teams can build their own Robot Game Table – (Robot Game Table Building Instructions).  This table will be used for the Robot Game, during practice and at competitions.

The Robot Game Rulebook will be the team’s primary source of info about the Robot Game. The Field placement, Field Setup and all Robot Game Rules and details on how to score points, will be included in this book.

As soon as you received your Challenge kit, your team can begin building the Mission Models. This is a great ‘team building’ exercise. However you won’t know what the actual game is until the challenge is released in the first week of August.  This is to ensure all teams are granted access to the Challenge at the same time. 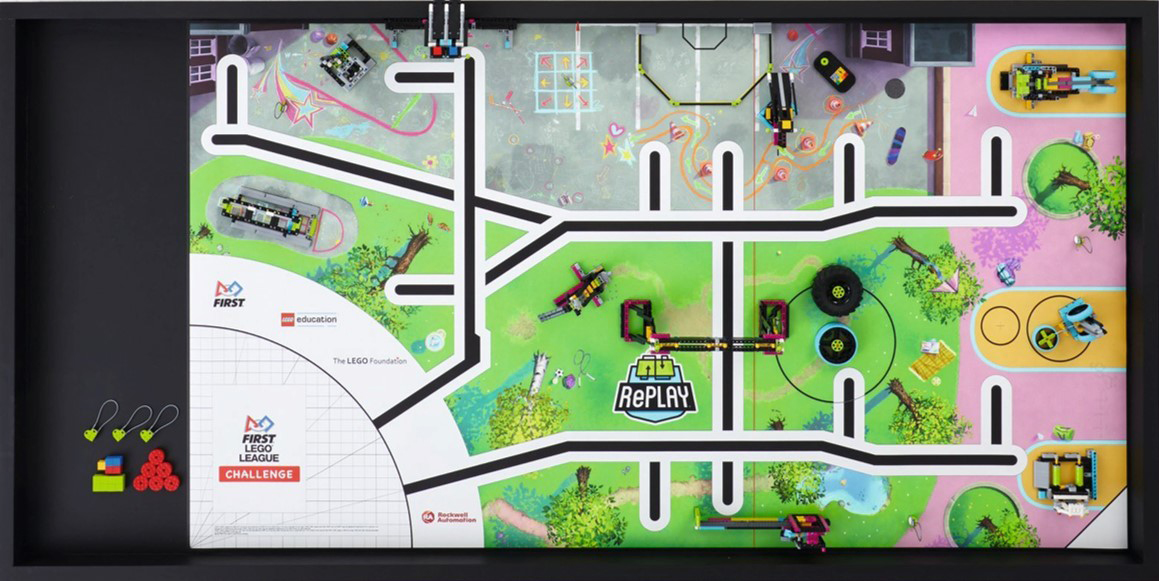 All the building instructions for the Mission Models, that will be used on the Playing field, will be provided in this document:   RePlay Mission Model Building Instructions

Make sure EVERY MEMBER of your team knows the Robot Game Rules.This will ensure that the team can optimise their scoring ability. Knowing the rules is also an important part of Robot Game strategy.

Challenge Updates – After the season launch the Robot Game Rules will be updated, regularly throughout the season. Teams need to know about all rule changes as it can affect their robot programs, so visit this page often to keep up to date with any changes.

Robot Game Rule Tip:  Appoint a member of your team as the Rule Master. Although all team members should learn the rules, this 1 team member must make sure that the team always work according to the Robot Game Rules and should  check the  Robot Game Updates at the start of each practice session and inform the  the team about any changes.

Your robot must complete the Robot Game autonomously.  This means that no form of remote control or Bluetooth may be used in the official Robot Game rounds.

The team must program their robot to get as many points as possible on the Playing Field in 1 round. (One Robot Game round is two and a half minutes -150 seconds) The team with the highest overall score from 1 single round, will win the Robot Game.

At a tournament two Robot Game tables will be set up adjacent to each other, as is show in the photo below. All the official Robot Game rounds will be run on tables like this. 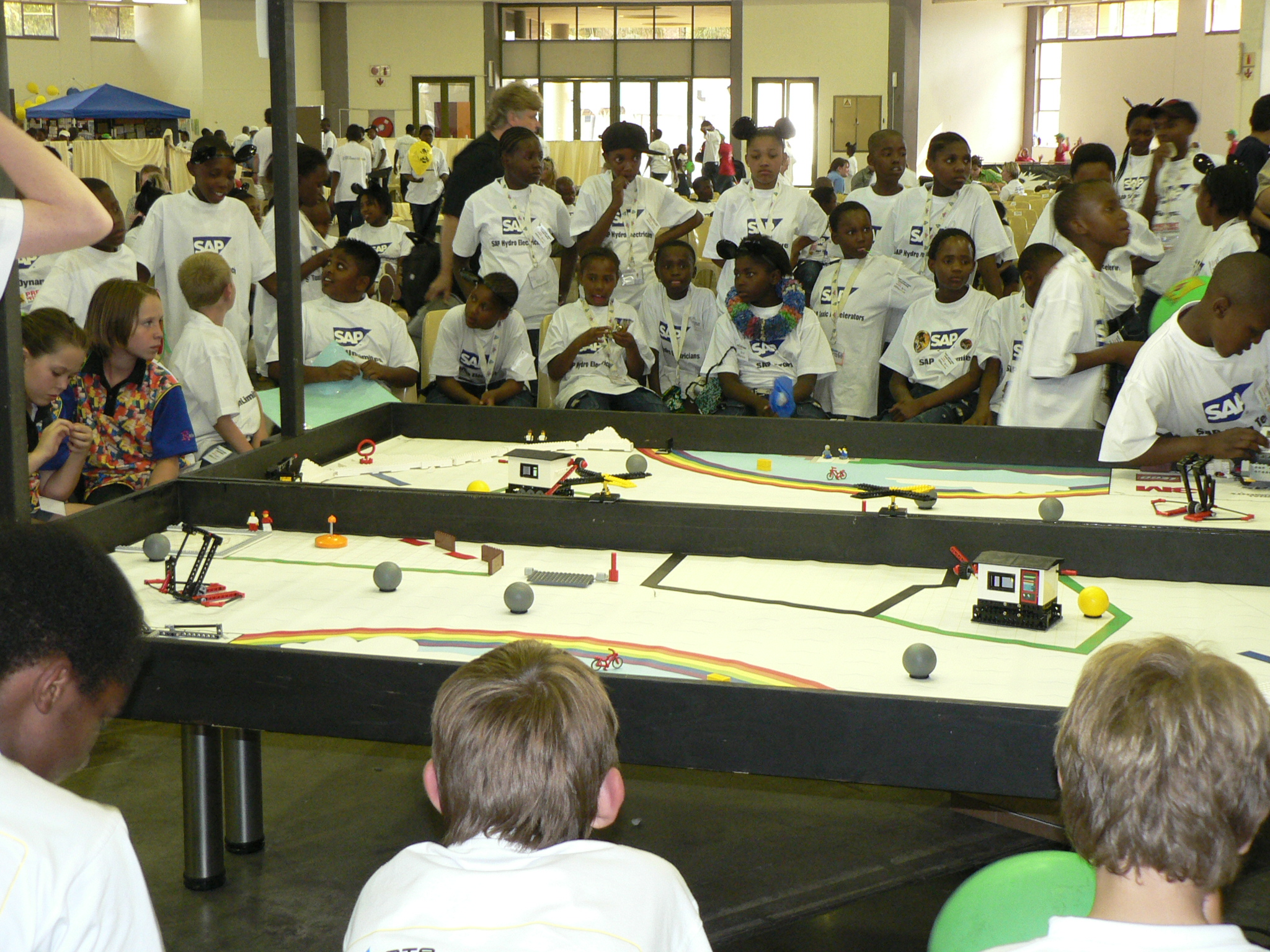 Teams will have 1 official practice round (the score doesn’t count) on the tournament tables. Each team will compete in 3 Robot Game rounds (on the official tournament tables) and only the best score of the 3 rounds, will be taken into account.

An Event/Tournament is more of a Celebration than a Competition. Teams are at a event/tournament, because they want to show what they have accomplished, what they have learned, the skills they have acquired and how they have worked together. .